A House Of Ghosts 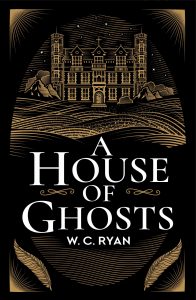 A gripping mystery with a classic feel: And Then There Were None meets The Silent Companions.

Winter 1917. As the First World War enters its most brutal phase, back home in England, everyone is seeking answers to the darkness that has seeped into their lives. At Blackwater Abbey, on an island off the Devon coast, Lord Highmount has arranged a spiritualist gathering to contact his two sons who were lost in the conflict. But as his guests begin to arrive, it gradually becomes clear that each has something they would rather keep hidden. Then, when a storm descends on the island, the guests will find themselves trapped. Soon one of their number will die. For Blackwater Abbey is haunted in more ways than one . . . Read More 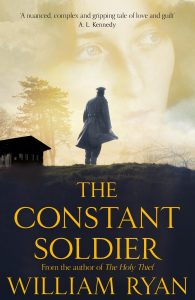 1944. Paul Brandt, a soldier in the German army, returns ed and ashamed from the bloody chaos of the Eastern front to find his village home much changed and existing in the dark shadow of an SS rest hut – a luxurious retreat for those who manage the concentration camps, run with the help of a small group of female prisoners who – against all odds – have so far survived the war. Read More 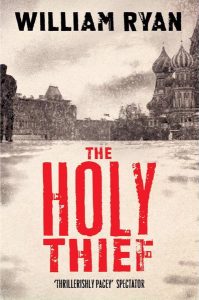 Moscow, 1936 and Stalin’s Great Terror is beginning. In a deconsecrated Church, a young woman is found dead, her mutilated body displayed on the altar for all to see.

Captain Alexei Korolev of the Criminal Investigation Division of the Moscow Militia, is asked to investigate. But when he discovers that the victim is an American citizen, the NKVD – the most feared organisation in Russia – becomes involved.

The Bloody Meadow (US: The Darkening Field) 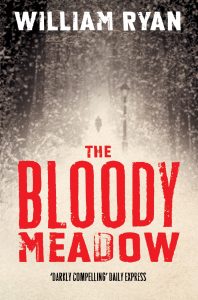 Following his investigations in The Holy Thief, which implicated those at the very top of authority in Soviet Russia, Captain Alexei Korolev finds himself decorated and hailed as an example to all Soviet workers. But Korolev is uneasy– his new-found knowledge is dangerous, and if some of his actions during the case come to light, he will face deportation to the frozen camps of the far north. 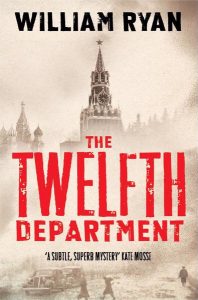 Moscow, 1937. Captain Korolev, a police investigator, is enjoying a long-overdue visit from his young son Yuri when an eminent scientist is shot dead within sight of the Kremlin and Korolev is ordered to find the killer.

It soon emerges that the victim, a man who it appears would stop at nothing to fulfil his ambitions, was engaged in research of great interest to those at the very top ranks of Soviet power. When another scientist is brutally murdered, and evidence of the professors’ dark experiments is hastily removed, Korolev begins to realise that, along with having a difficult case to solve, he’s caught in a dangerous battle between two warring factions of the NKVD.

And then his son Yuri goes missing . . . Read More